GOLDWIN sponsors the 22nd Whistler Cup, an official FIS junior ski world competition participated by over 400 athletes from 27 countries
Japan’s national team wins the national team race in the U14 category for the 4th time in three years

One of the world’s most prestigious ski races organized by the FIS, the Whistler Cup was joined by over 600 participants, consisting of approximately 400 junior skiers of ages 12 to 16 representing 27 countries and their coaches. In addition to the opportunities to compete on a world stage, the athletes also enjoyed mingling with other athletes in parades and receptions and celebrated friendships across national and regional borders.

The competitors in the Whistler Cup, for which GOLDWIN has been a platinum sponsor since 2008, were the top winners of the GOLDWIN NASTAR Children/Kids Japan Cup. The company has also been a special sponsor for this event.

For this event GOLDWIN supplied the middle layer jackets to be awarded to all event participants (including athletes, coaches, and volunteer staff). The jackets were worn by the volunteer staff as uniforms and by the athletes during warm up.

GOLDWIN is committed to supporting this event where young athletes come from every corner of the world to compete in a world competition and build networks with their peers.

From Japan, a total of 14 top winners from the NASTAR race hosted by the NASTAR Race Association (NPO) competed in the Whistler Cup. The breakdown of the 14 competitors was: 10 winners in the U16 category (five men and five women) and 4 winners in the U14 category (two men and two women). Japan’s U14 team won the national team race for the fourth time in three years.

*Please check the results on the websites of the NASTAR Race Association and the Whistler Cup. 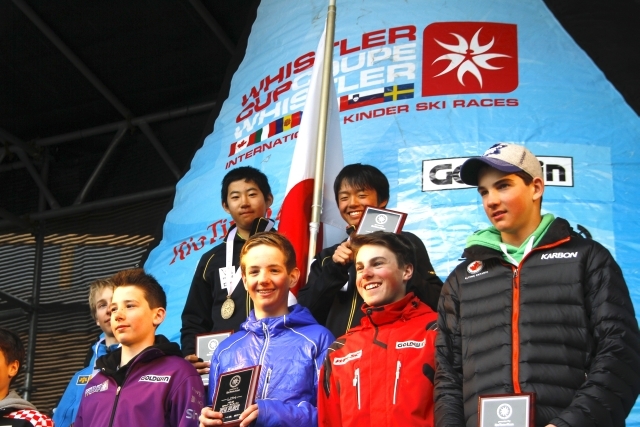 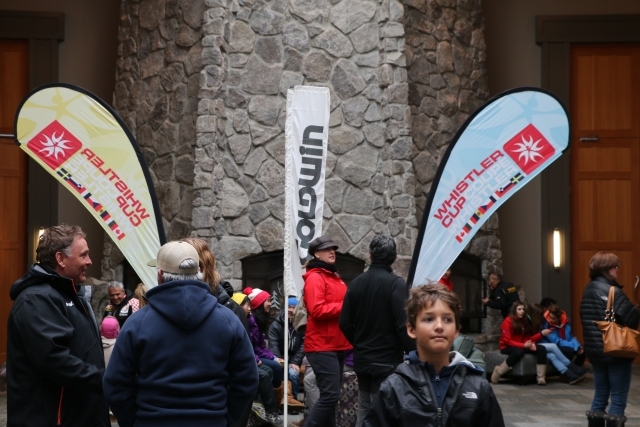 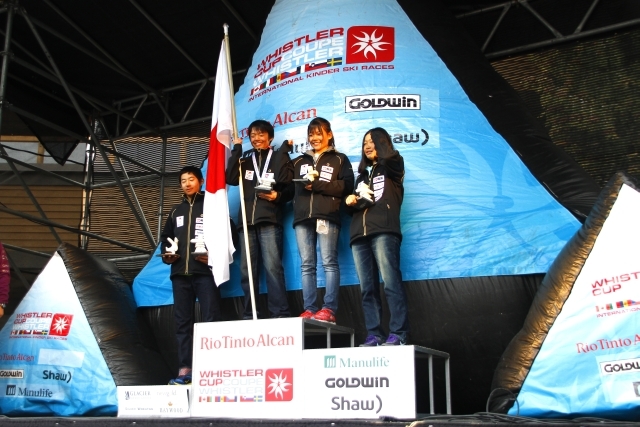 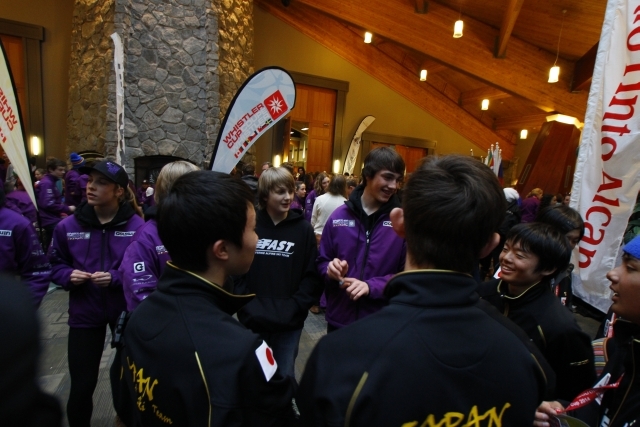