GOLDWIN return as a co-sponsor for the 2013 Sponichi Yamanaka-ko Road Race. Awards given include the Yumiko Yoshida Award for the most notable woman of the year.

GOLDWIN Inc. (HQ: Shibuya, Tokyo / President: Akio Nishida / First Section of the Tokyo Stock Exchange: 8111) will return as a sponsor for the Sports Nippon Yamanaka-ko Road Race to be held on Sunday, May 26.

The Sports Nippon Yamanaka-ko Road Race is a very popular race that takes place at Lake Yamanaka, where participants can enjoy the view of the snowcapped Mt. Fuji and the young green foliage of early summer. A total of 13,000 people are participating in the event, which consists of a 13.6 km race around Lake Yamanaka and a half marathon of 21.0975 km.

GOLDWIN has been co-sponsoring this event for the last 31 years. In keeping with its slogan, “Sports first,” GOLDWIN is committed to promoting a healthy and fun-filled lifestyle. About 30 of GOLDWIN’s employees will be participating in the event to put the company’s core value into practice.

GOLDWIN will be contributing its original Champion t-shirts, which will be given as a participation prize, and staff’s jackets.

Athletes will also have a chance to try out GOLDWIN’s other Champion products on display and available for sale at the event venue.

Sportswear for Sale
Champion’s sportswear will be available for sale in the event tent.

This award was established to honor the achievement of the late Yumiko Yoshida, an employee of GOLDWIN who made an extraordinary contribution to the operation of this event during her lifetime. With support of the village of Yamanaka-ko and the Sports Nippon Newspapers, the award will be presented to one of the female runners and volunteers at the event who has made the most outstanding achievement this year.

Event Information
Event date: Sunday, May 26, 2013 (Rain or shine)
Venue: Yamanaka-ko Junior High School
341-40 Yamanaka, Yamanaka-ko Village, Minamitsuru-gun, Yamanashi Prefecture 401-0501 (Start at: The City hall intersection; Finish at: Yamanaka-ko Junior High School)
Race categories: Route around the perimeter of the Lake Yamanaka (13.6 km) / half marathon (21.0975 km)
Eligibility: Anyone who is healthy and is able to complete the entire course can participate. For the half marathon, however, one must be 16 years old as of the date of the marathon to be eligible.
Awards:
All participants: Top ten male and female finishers overall
Participants age 50 or above: Top 6 male and female finishers
The Yumiko Yoshida Award for the Most Outstanding Woman of the Year.
Prize: Champion special perspiration-absorbing, quick-drying t-shirt 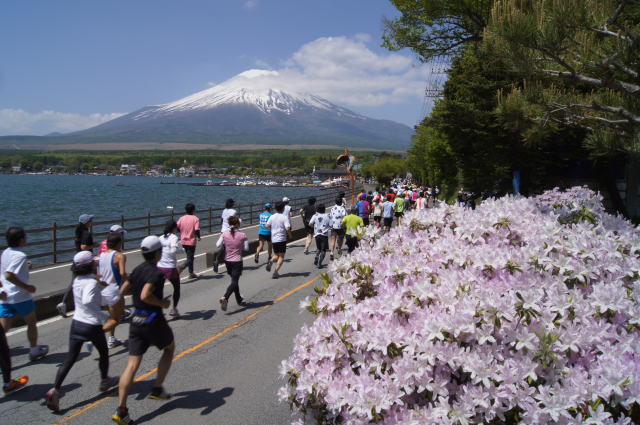 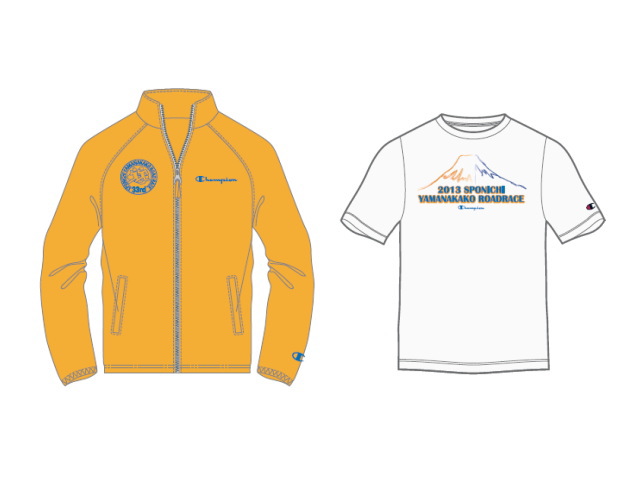